US companies can support Ukraine business with partnerships

YURI VANETIK, private investor, lawyer and political strategist based in California
On Feb. 24, 2022, Russia reinvaded Ukraine in a broad-based offensive. My Ukrainian friends dismissed warnings from U.S. intelligence that the Russians intended to strike as Biden’s war mongering. I wrote about the rumours of war in Ukraine in The Wall Street Journal.
Russia disingenuously denied its intentions to invade. «Why would Russia reinvade, if it can just buy our politicians,» flippantly inquired one of my Ukrainian friends, currently serving in the President Zelensky administration.
By March, U.S. Congress had already approved $16.9 billion in emergency spending — a sum to cover traditional foreign aid, military supplies and U.S. military deployments and intelligence.
In terms of providing immediate aid, these funds are being put towards food and healthcare, migration and refugee assistance, economic support for surrounding countries and countering disinformation and Russian propaganda.
Yet beyond financial support, there is a need for greater sanctions on Russia. Political leaders and lobbyists are calling for second-tier sanctions on Russia, that would prohibit any U.S. banks from doing business with banks operating in Russia, as well as creating a no-fly zone.
Having Wall Street and Silicon Valley back such demands is critical, and is a means to cripple Russia’s banking and finance sectors. Indeed, Senator Pat Toomey has demanded the U.S. «force the world to choose between doing business with Russia or the United States.«12 million Ukrainians are believed to be stranded and in imminent danger in Ukraine.Over 10 million people have since fled their homes, and over 5 million fled the country — a terrifying figure that represents the largest movement of people in Europe since World War II.
As the world watches on in horror, frustrated at the half-measures and sterile reprimands from Western leaders, and blatant disregard for human life from the Russian military, many Westerners are thinking the same thing: what can we do to help?
There has already been a staggering outpouring of support and show of solidarity.
In spite of personal or financial circumstances, people globally have gone above and beyond to help alleviate the devastation.
Whether it’s donating money to a charitable organisation, booking an Airbnb with no intention to visit, or donating items to food and clothing banks, there is a genuine grass roots effort to assist the plight of the victims of Russian military aggression.
One of my friends, a businessman who steadfastly remained in Ukraine, Yevgen Brodsky, observed that Ukraine does not need handouts, but rather Western investment through major infrastructure projects and technology joint ventures: «We need American business partners more than charity,» he declared in a zoom call.
If Russia was previously a hub for commerce, it is now set to erase 15 years of economic gains by the end of next year. Putin’s catastrophic decisions have initiated a plethora of sanctions as well as a mass exodus of consumer brands.
A company’s physical withdrawal or dissociation from Russia is a powerful political statement against the barbaric military actions within its neighbouring country.
But equally so, it’s a move that threatens the economic future of the country — one that will revert the Gorss Domestic Product (GDP) to what it was at best 15 years ago.
Of course, boycotting Russian business won’t be an option for all organizations, specifically those which primarily engage in humanitarian care.
The pharmaceutical industry inevitably falls into this category, with concerns over removing innocent civilians’ access to critical medicines and healthcare.
This is not to say, however, that they cannot have as much of an impact. Rather than removing business operations from the country, drug makers like Pfizer, Merck & Co., and AbbVie have pledged to donate all profits made on Russian soil to humanitarian relief efforts in Ukraine.
Donating a sum of all commerce to nongovernmental organizations (NGOs) is another way of delivering aid.
Contributing even a small percentage of business profits has the potential to go a long way. An example of this is Bolt, which is donating 5% of every order in Europe to non-profit partners.
Bolt is another company that has removed all operations and products from Russia and is instead prompting its Polish and Slovakian drivers to accept rides along Ukraine’s borders.
Ukrainians have a well-deserved reputation for hard work. There are more than 40 million highly educated people across the country, 70% of whom have had secondary or higher education. Ukraine is already a major outsourcing destination for American business.
With more than 130,000 engineers having graduated each year, the country was considered the greatest software engineering force in Central and Eastern Europe.
Looking to Ukraine for prospective employees then is a truly meaningful way of helping the refugee community.
This initiative has been initiated by companies such as Zelros and Remote, which have welcomed those impacted by the catastrophic events into part-time and full-time jobs.
Ukraine needs business partners even more than donations, some of which still are reported as being misdirected. Investing in Ukrainian start-ups is an important way to help keep the country’s economy and innovation afloat.
Perhaps, securing western business partners is more important for Ukraine’s future than donations or loans. Bringing in American business will help rebuild Ukraine’s economy.
With the support global partners, this prospect is all-the-more hopeful.
Helping Ukraine to build a middle class is key to purging the Soviet style oligarchs. 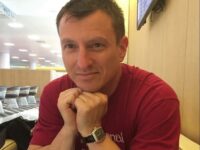 US companies can support Ukraine business with partnerships